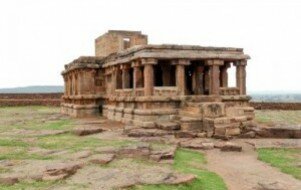 About the Temple:
The Meguti Temple has the distinction of being the only temple in Aihole which can clearly be traced back to 634  AD.  Perched above a small hill, this temple, though incomplete, represents the early development of the Dravidian style of architecture. Built without mortar, the Meguti Jain Temple placed is on a raised platform with a flight of steps leading to the large, pillared mukhamandapa. Upstairs on the roof is another shrine directly above the main shrine. The superstructure rising above the sanctum wall of the temple has been built at a later date. Even the 16-columned porch and hall extensions are later additions. 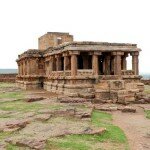 The inscription which accurately dates this temple can be found on one of the outer walls of the temple and records its construction to be made by a Ravikeerti, who was a commander & minister of Pulakesin II. 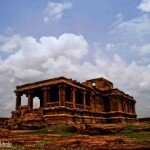 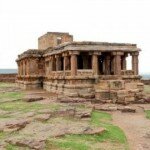 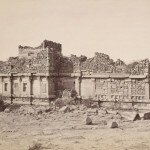 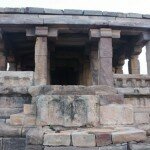 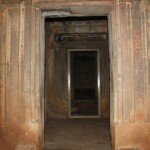 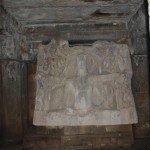