​City of Bagalkot donned a saffron look with major circles, junctions painted with trademark RSS  flavour, feelings, emotions pertaining to country of India having gripped the city to witness RSS (Rashtriya Seva Samiti) stride in continuation of its long standing legacy at this city which is inundated by more ...

Helicopter Ride in Bagalkot for 3000/-

If you are seeing frequent helicopter flies over your head in the city, its the new Helicopter ride organised by four people from Jamkhandi Taluk. What is It? Helicopter rides are meant only for VIPs and Politicians and even though people can take a flight to experience, but they don't get to fly over their h more ...

Bagalkot is a city situated in the northern part of the Indian state of Karnataka. Geographically, it is located at the co-ordinates 16.18°N 75.7°E , and Situated along the banks of the River Ghataprabha, it lies at an average elevation of 533 meters above sea level. It is the head-quarters of Bagalkot district. It was previously under the administration of Bijapur district and in the year 1997, it became an independent district.

It is at a distance of 90 km away from the city of Bijapur. It consists of two parts – the ‘Old Bagalkot’ and the ‘New Bagalkot’ (Navanagara).Many areas of Old Bagalkot were submerged due to the construction of Almatti Dam, in Bijapur District on River Krishna, which prompted the construction of the planned town of ‘New Bagalkot’,
We are proud to say that  Bagalkot is the largest city of Asia that is rehabiliated.

Bagalkot town, today, is emerging as a trading hub and an industrial hub of Karnataka. Bagalkot is well connected to all the major destinations within the State of Karnataka by rails and roads.

History:  There are many stories about its origin. One of them goes like this. The town’s name was formerly Bagadige. According to a popular legend, the town was gifted to the Bajantries (musicians) by Ravana, the king of Lanka who ruled this area. Another interesting tale says, one of the Bijapur kings is said to have presented the town to his daughter as bangle money. Consequently the place acquired the name Bhangdakot, which later became Bagalkot. It is said that this town used to be the market place of Adil Shahi, the emperor of Bijapur. You can still see the old markets which resemble historic Bazaars.

The ‘Holi Habba’ or rather known as The Festival Of Colors is a special attraction. It is said that Bagalkot ranks second to Kolkata in the way it celebrates Rang Panchami. The festival is celebrated in a traditional manner which lasts 4 days. The first day includes ‘Kama Dahan’ and the next three days colors are played. The whole city come together to paint itself with red, blue and green. Government holiday will be declared on all these days and markets would be closed in the morning hours. People of all sections coming together and applying colors to one another is definitely a sight. 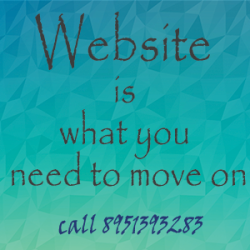